However – I doubt whether this promise is kept as clearly as it has been kept in the past. The Agile Manifesto has already celebrated its 10th anniversary, but the PMBOK Guide is consequently neglecting a new approach. Some tools and techniques can be found in the various tools and techniques sections, but - for a not specialized reader - this might occur as just a set of new tools, due to a new idea, fully compatible with the proposed framework.

But this is not the case. Actually, an Agile project has more similarities to a program, than to a traditional project. Comparing SCRUM - the most common Agile methodology - to conservative approaches, you might be struck by the fact, that SCRUM doesn’t have a role called ‘project manager’. A project without a project manager? Yep…

Three major roles interact in an Agile project: The product owner, who is closer to a program manager than anyone else (because he is responsible for the products benefits, the business case and not just a bunch of deliverables); the team, which is more or less and hopefully self-directing. Due to the short time frame of iteration, it isn’t such a big thing to have an iteration planned and monitored. Thirdly, there’s the SCRUM Master. And this guy (sorry: role) is NOT just a new version of a project manager. He is the facilitator of the team, the team supporter, the impediment liquidator, the door locker (but from outside the door!) and the food service representative. Everything, but not the person responsible for having the sprint and the user stories accomplished.

I had trouble to figure out this (new) view on a project organization, hearing about it the first time. If anyone says, that an Agile approach is revolutionary, it must be that way - somewhere. And since roles and responsibilities are not the only revolutionary aspects in Agile project management (have you heard about relative estimating techniques like planning poker?), one might expect to have a clarification on these topics in the world standard of project management.

But this is also not the case, it hasn’t been the case in the 4th edition and also isn’t the case in the 5th edition. Well, Tuckman published his famous work on group dynamics (“forming-storming-norming-performing…”) in 1969 and - 39 years later - in 2008, it made its way into the 4th edition of the Guide. Considering this, there’s a fair chance to see Agile project management in 2040, when the PMBOK® Guide 12th edition will see the light of the world. 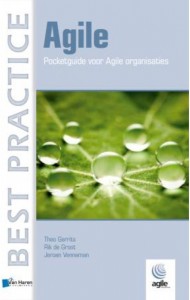 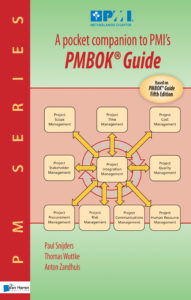