Shell is a huge global oil company, centered in The Hague and London. Its success has come from strong relationships with governments in the countries where it operates, and from a commitment to technology and engineering excellence. An operating model for a large multibusiness company must focus either on the whole company or only on the corporate headquarters. Later in this section we will give an example focused on corporate headquarters. This example is for the whole company. 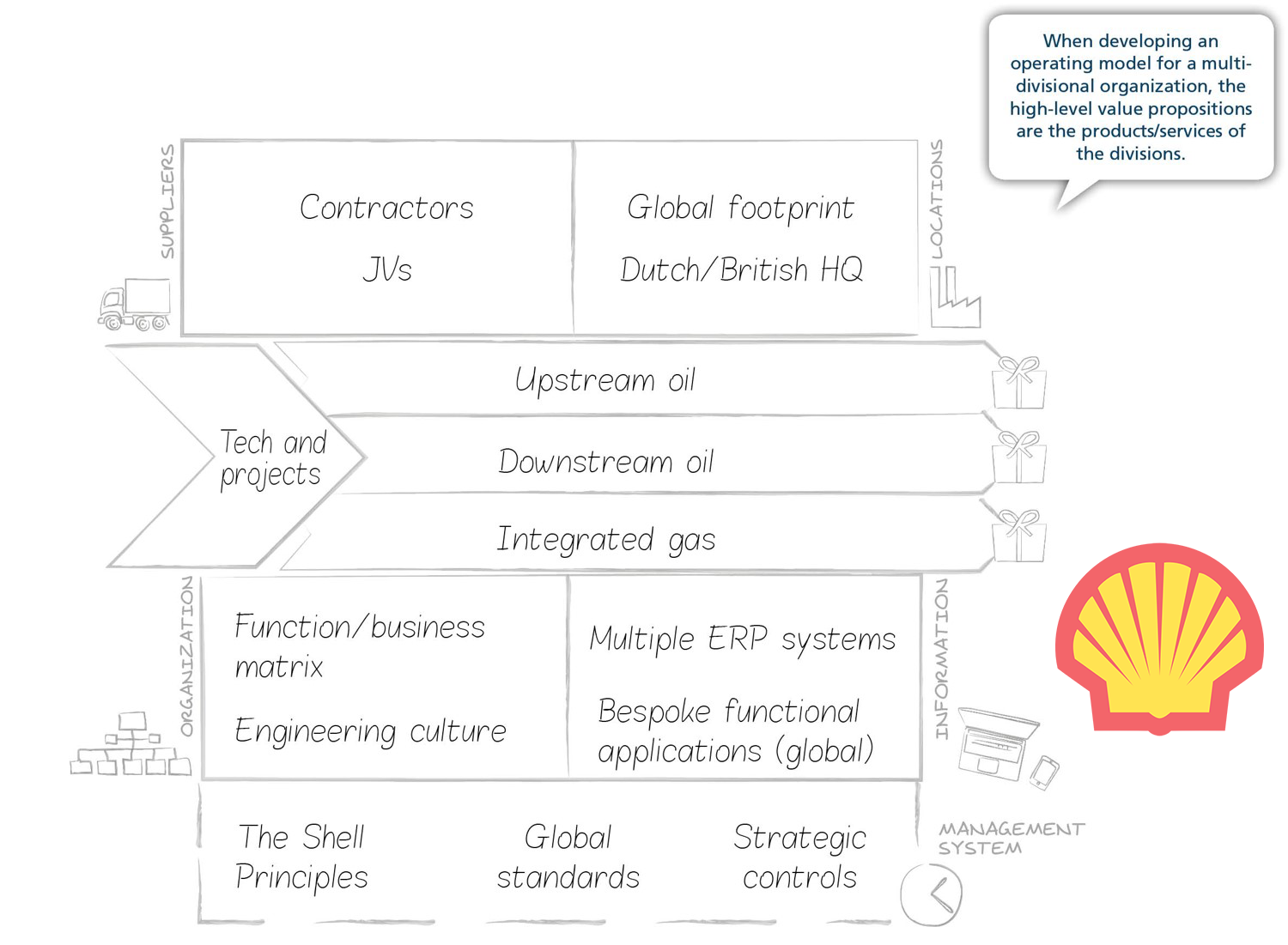 Shell is involved in three main business areas – upstream exploration and development, downstream refining and retailing, and gas and power. However these business areas share technology development and management of major projects.

Shell has been structured as a line of business and functional matrix. The central functions – Finance, HR and Legal - have control over their functional activities within the businesses. Shell is primarily an engineering culture driven by a belief in technology as the solution to most problems and by its code of business principles ‘The Shell Principles’.

Shell has been strategically driven by its leaders, historically a committee of managing directors. Despite the drive to make Shell more centralized and profit driven, the bias towards strategic thinking and distributed power has continued.

Shell operates in most countries in the world. Its core assets, oil fields, are often licensed from local governments. Hence relationships with these governments have been critical to success. Headquarters is shared between The Hague and London.

Shell has different ERP systems in its different divisions. But has global applications for those functions that have been ‘centralized’.

Shell has many suppliers, but the most important are contractors who work on major projects and joint venture partners. As BP found out in the Gulf of Mexico, these relationships are critical to success. 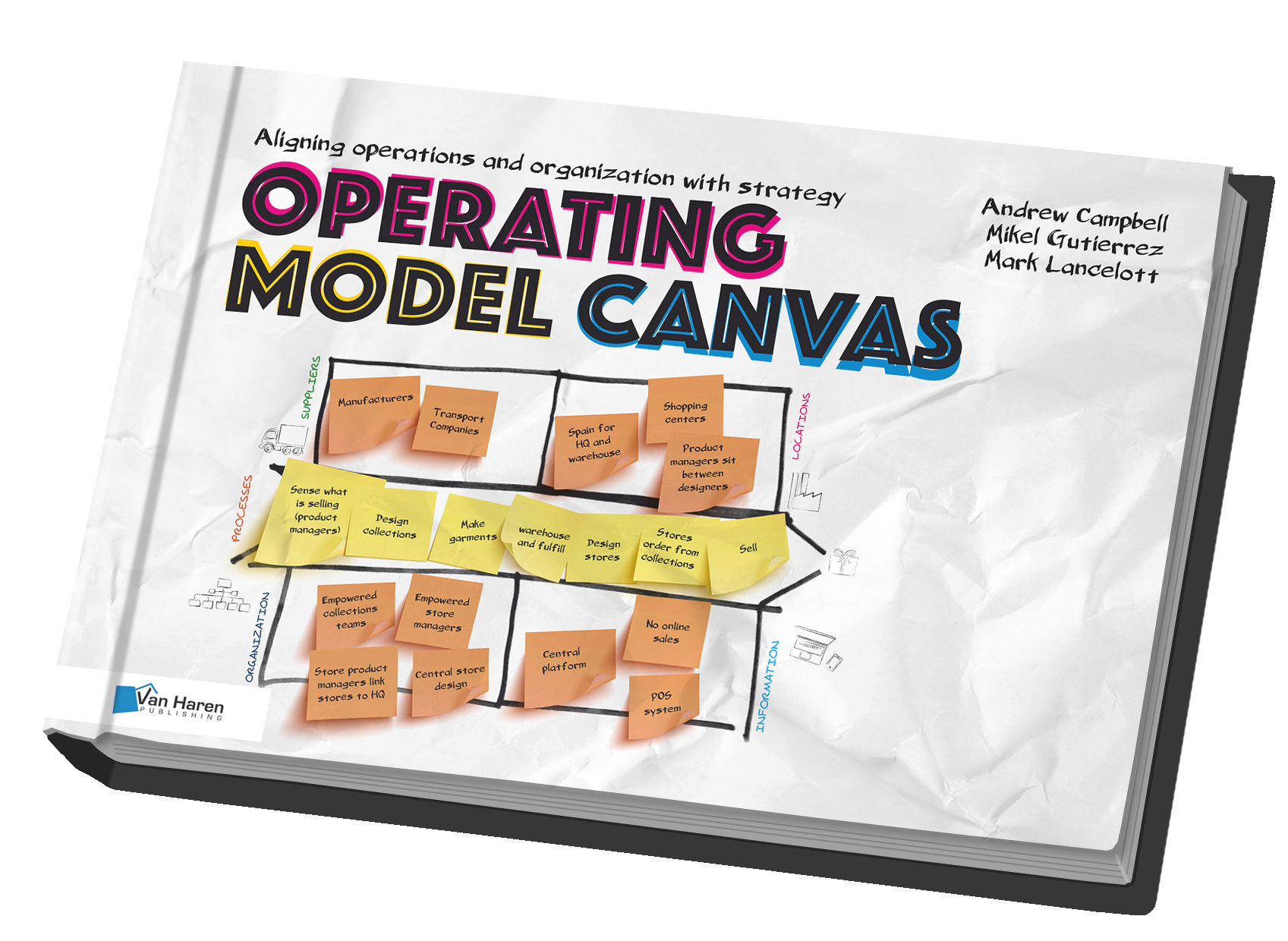